In the 1980s and ’90s, former WLS Radio star Catherine Johns was known as the brassy, no-nonsense morning news anchor and self-described “side-chick” to Radio Hall of Fame icons Larry Lujack and Fred Winston.When WLS changed its format to all-talk in 1989, management recognized Johns’ unique, empathetic connection to listeners by awarding Johns her own talk show. Johns became one of just a few female talk-show hosts in the nation at the time.

Later, she teamed with another Radio Hall of Famer, John ‘Records’ Landecker at WJMK, again as side-chick/news anchor.But after more than 20 years in radio, Johns found herself at a crossroads professionally.
After some searching, Johns found she could use her talents to help others find their own voice and message. She’s been guiding entrepreneurs and executives to speak up, stand out, and make their message more magnetic. And as her website points out, business owners and professionals turn to Johns when they want to attract more clients, have more impact and make more money.Johns also wrote a motivational guideline to help others become a more powerful presence in their own lives. In “Show Up and Shine,” available on Amazon.com, Johns narrates her journey to becoming a powerful speaker and motivator, describing in detail every bump along the way, and how she navigated her way to success in speaking and training.

The Desplaines Valley News caught up with the busy, charismatic Johns recently.

1) In your WLS days, you were a “Token Female” among several men who are now considered radio legends. How did you hold your own?

We mainly used gender as a jumping-off point for bits. That made my other-ness valuable to the show. And that made it welcome instead of being an obstacle. Did I sometimes feel like a misfit? Yes. But for the most part, I got along well with my fellow inmates in the morning show asylum.

2) To the outsider, it would seem to have been a natural transition to becoming a speaker. Yet, “Show Up and Shine” indicates you were anything but. What made the transition so difficult?

Like a lot of radio people, I was comfortable coming out of the dashboard of your car. Larry Lujack used to say, “The best shows originate in Studio A” and I completely agreed. I hated remotes and public appearances —because they involved being seen. And judged. And sometimes insulted. (People can be mean!)

When my last gig caved in, it became clear that speaking and training were the right direction for me in spite of that. Gathering information, distilling it, delivering it with some panache, dancing with whatever came up — I could use all those skills from radio in a new arena. I teach that transition process in a program called “Getting Over Getting Fired.”

3) Describe the process you went through to stop touching your nose as you spoke. What other habits did you have that you felt took away from your credibility? How long did it take?

Most people have nonconscious mannerisms —they stroke the side of their face, or play with their hair, or fiddle with jewelry when they’re ill-at-ease. When I saw myself delivering training modules on video I discovered that I touched my nose. A lot. Body language experts say that’s a sign someone’s lying; I think for me it revealed a sense that I was a bit of an imposter in my new career. Watching it on video was an eye-opener. I recommend that clients take a look at themselves that way; feedback from someone objective can also help. Once we become aware of a habit like that, it’s a matter of practice to create new ones.

4) Was there a moment that let you know that you could do this job as well as you conquered 50,000-watt radio in the third-largest market in the U.S.? If so, what was it?

I was in a coaching program with two powerful speakers, Larry Winget and Suzanne Evans. My final presentation was fraught with technical snafus. And at the same time I commanded the room and connected with the audience; Larry and Suzanne were so impressed they invited me to coach some of their clients on stage presence. Their confidence in me boosted my confidence in me. A lot.

5) What advice would you offer for others about public speaking?

Get present in the moment and focus on your audience. What do they need and how can you serve them? Ground yourself; sense your feet on the floor and allow the energy to move up through your body. Use that energy connect with your listeners and have a conversation instead of giving a speech. If you need help, call me.

6) If offered, would you want to go back to radio again?

Turns out, I really love talking to people who are right there in the room with me. Radio was fun and I had a mostly-great career. And even the bad parts left me with fabulous stories to tell. But it’s definitely in the rearview mirror now. 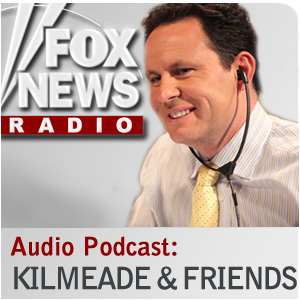 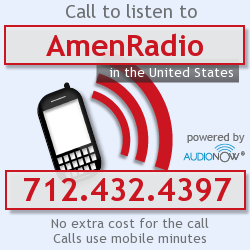